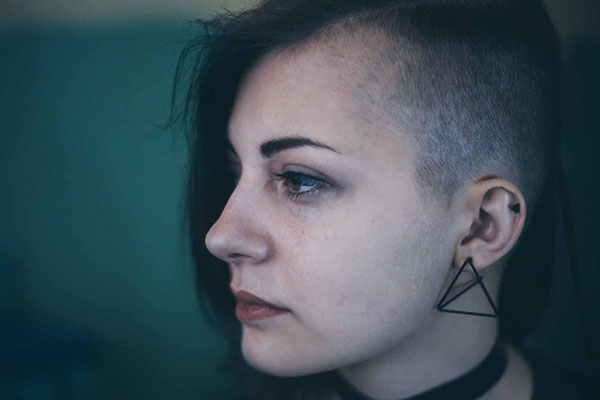 The pressures of being a teenager can be immense, so it’s no wonder depression is a fact of life for so many young people. You’re not alone and you can escape: here’s how.

How many times have you heard people say they’re depressed, when they’re really not? Maybe these people are a bit down because they’re having a bad day, but that’s very different from depression. You can usually escape feeling fed up, by sleeping it off. But when you’re suffering from depression it’s something that lasts for weeks or even months. It’s a state of mind and it’s hard to escape.

The pressures of modern life have led to a huge increase in depression among young people. Within the past 25 years depression in teenagers has soared by 70%, so while you may think that nobody else feels your pain, you’re actually far from alone. Since the symptoms of depression often come on gradually, sometimes it’s difficult to identify the condition early, which delays doing something about it. In severe cases of depression, it’s possible to feel so low that you have thoughts of suicide or self-harm.

Even if you’re feeling fine, one of your friends may not be, so look out for anyone doing really badly at school, taking part in fewer social activities or avoiding social contact altogether. They could also be neglecting their hobbies or having problems at home. You could be the person who stops them going over the edge.

If you see your GP about your depression you’ll probably be asked to fill in a depression symptom survey, which will help get to the bottom of the problem – and to fix it.

The symptoms of depression vary from one person to another, but anybody suffering from it will be battling with at least some of these:

When you’re feeling low it’s easy to turn to drink or drugs, but that’s one of the worst things you can do. Both will ultimately make you feel even worse, even if they offer a brief reprieve.

Ease the effects of depression and keep your mind healthy by using these techniques, courtesy of depression charity Mind (mind.org.uk).

If you think you’re depressed, see your GP as soon as possible. They’ll be able to help plan the right treatment. The underlying cause of the problem could be a trigger event such as failing an exam, a change in home circumstances, or being bullied. Whether or not this is the case, you’ll be able to get the help you need.

Got an idea for MoodSpark?

This website uses cookies to improve your experience while you navigate through the website. Out of these cookies, the cookies that are categorized as necessary are stored on your browser as they are essential for the working of basic functionalities of the website. We also use third-party cookies that help us analyze and understand how you use this website. These cookies will be stored in your browser only with your consent. You also have the option to opt-out of these cookies. But opting out of some of these cookies may have an effect on your browsing experience.
Necessary Always Enabled
Necessary cookies are absolutely essential for the website to function properly. This category only includes cookies that ensures basic functionalities and security features of the website. These cookies do not store any personal information.
Non-necessary
Any cookies that may not be particularly necessary for the website to function and is used specifically to collect user personal data via analytics, ads, other embedded contents are termed as non-necessary cookies. It is mandatory to procure user consent prior to running these cookies on your website.
SAVE & ACCEPT